Thank you for choosing us as your tour guide. Today's ride will consist of a walk through many houses and places that Wes Craven chose based on the descriptions of Kevin Williamson´s script. Home scary home. Welcome to Woodsboro.

First stop. Becker´s house
Can you smell the fear?This house was the scene of a heinous crime. Two teenagers were brutally murdered. Both were completely gutted. The boy was found gagged in a lawn chair, his legs and arms tied. The girl… was hanging from a tree. The corpses were found by the girl's parents. The neighbors, McKenzie, still remember the event.
Wes Craven chose this house as the scene of the murder of Casey Becker. It is located on Sonoma Mountain Road, Glen Ellen, Route 12, southeast of Santa Rosa. Very near the house which was used in the film Cujo. Santa Rosa is located 55 miles north of San Francisco. Santa Rosa County it´s famous for its vineyards.

Second stop. Prescott´s house
Surely you will recognize this house. A mother and wife … was murdered here. Since then, this house has appeared in numerous TV reports that covered the crime. A year later, (when the crimes began again) once again became a point of reference for the press and the curious. Specially after the young Sidney Prescott was attacked while her father was on a business trip.
The house was used as the Prescott residence, it was built in 1995 and has a Victorian style. It is surrounded by olive groves and vineyards. Located in 1820 Calistoga Road, Santa Rosa, CA 95404. This was the place where Sidney Prescott met Ghostface for the first time.

Third stop. Woodsboro High School
This garden and these walls have been witnesses to the dismay of students after learning that their classmates were killed, lack of respect towards the victims, reports of news, interviews conducted by the Sheriff Burke … and even the murder of principal Himbry.
Sonoma Community Center was chosen to be transformed into the fictional Woodsboro High School, after the board of the Santa Rosa High School forced the team to find another location. Sonoma Community Center, 276 East Napa Street, Sonoma.

Fourth stop. Woodsboro Town Square
Ladies and gentlemen we have reached the center of Woodsboro. This is the town square. Most students meet here after school.
Healdsburg is 65 miles north of San Francisco on Highway 101. Its central plaza hosted Neve Campbell, Skeet Ulrich, Jamie Kennedy, Matthew Lillard and Rose McGowan. Some people say that it is a Spanish-style plaza. In the centre of the park there is a fountain.

Fifth stop. Woodsboro Police Station
Woodsboro police station. Here, Billy Loomis spent a night in jail. He was arrested as a suspect after Sidney Prescott was attacked in her home. Yes, until recently, the sheriff Burke worked here. Eleven years ago someone came into the police station and tried to steal Sidney´s files.
When Wes Craven filmed Scream… this building was a real police station. Years later was dismantled and turned into a grocery store. 124 Matheson Street, Healdsburg.

Sixth stop. Macher´s house
261,Turner Lane. This is the real crime scene, ladies and gentlemen. Please forget for a few minutes what you have seen before. The walls of this house are stained with blood. Those roads are the same ones where Sidney was running and asking for some help. Here, there was the news van. Because… I'm sure you will recall that a cameraman was killed. The famous Gale Weathers’ cameraman. Follow me, please try to be closer to the porch. I hope you remember this house well. Gale Weathers covered the story, got the scoop and… wrote The Woodsboro Murders.
Wes Craven and his crew were free to shoot in this house. A large number of acres surrounding the mansion, private property, so it is not allowed to pass. It was quite an advantage, but at the time the shooting of Scream was going almost unnoticed, it was an original movie. Tomales, Hwy1, south of Petaluma Road.

Here ends our tour, ladies and gentlemen. We hope you enjoyed our little walk and come back soon. Who knows… maybe we meet again soon.

Some of the photos were taken from this incredible blog!

Screams and Nightmares: The Films of Wes Craven 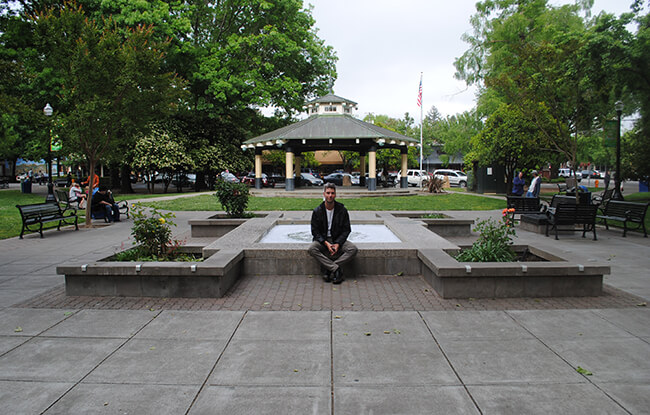 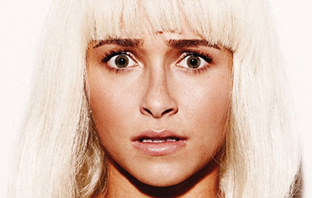