“She was used as a tool within the first film in that she’s the eyes of the audience and people are constantly following Sidney’s character throughout these films and experience the films through her eyes in some way.”

Born on October 3, 1993 in Canada (Guelph, Ontario), Neve was exposed, since an early age, to the performing arts. Her maternal grandparents were artists and had a theater company. Her father, Gerry Campbell, a Scottish immigrant, also taught drama at several schools. It was in the blood.

When she was only two years, her parents divorced, and along with her brother Christian, she were in some periods with her mother, Marnie, a psychologist, and others with their father.

At fifteen, she began studying dance – one of her great passions – and acting.
Neve became famous during the TV series “Party of Five”, playing Julia Sallinger.
She currently lives in London with her husband John Light, who she met during the filming of “Investigating Sex” in 2005.

Her favorite scary movie is “The Changeling”.

Scream – Beautiful, vulnerable and reserved, Sidney should be a normal high school girl. Instead, she´s the object of desire of american psychos that are addicted to films. Her bloody saga begins in Woodsboro, when her mother, Maureen Prescott, is brutally murdered, leaving her traumatized in many ways.

On the night of the crime, the young girl saw someone leaving her house wearing a coat. Someone she mistakenly identified as Cotton Weary – that after a long legal battle, was eventually sentenced to the gas chamber by the State of California, for rape followed by death.

The case was closely watched by the tabloid reporter Gale Weathers, who discovered a tangle of extramarital affairs of Maureen. For the reporter, Sidney made a mistake in accusing Cotton as the killer, which made them instant enemies.

A year later, the anniversary of the crime is getting closer, and Sidney is trying to return to the normal routine with his father, Neil Prescott, a businessman who is constantly out of town.
Her boyfriend, Billy Loomis, although loving and dedicated, can not think of anything else but sex. He is pushing her to take the next step into the relationship.

Is also part of their routine: her best friend Tatum Riley; Tatum´s boyfriend Stuart Maker; the deputy Dwight “Dewey” Riley and, the cinephile Randy Meeks, who has a platonic love for Sid.

Then enters the masked figure that will be a part of her life – forever. As the main target, Sidney slowly begins to realize that she may be wrong in her judgments.

On the night of the birthday of the murdering of her mother, after a bloodbath, the identity of the murderer is revealed: Billy and Stu.

Why? Maureen Prescott was having an affair with Billy´s father, Hank Loomis, and this was the cause of the abandonment of the home of Mrs. Loomis. Stuart, according to Williamson’s script is Billy wannabe and goes with the flow. This is not clear in the movie. The fact is that both are killers.

At the end of this scary night they are both killed in self-defense by Sidney and Gale.

Scream 2 – Two years have passed since the massacre in Woodsboro. Sidney is now a college student of theater arts at the renowned Windsor College, also in California. It’s the end of the first year as freshman, and has been a good year: She made friends with the psychology student Hallie; with the film student Mickey; is dating Derek, a future doctor and will star her first play, “Cassandra”.

But leaving your hometown doesn’t free you from the past. She is constantly disturbed by hazing distasteful practical jokes, referring to the phone calls from the real killers. And that has increased since the movie “Stab” was released in the theaters.
This film tells the story of her life and is based on the book “The Woodsboro Murders” by Gale Weathers – who raised the tragic to the pop level. Assuming a non-wanted status of celebrity – which makes her a disputed artifact by female fraternities on campus – Sidney seems to be taking it very well, until the killings begin again.

This brings Weathers again to the scene. Hungry for more headlines, the reporter spares no efforts and even puts Sidney face to face with Cotton Weary.

Although Randy said that the new murders have nothing to do with them, pretty soon he is proved wrong and the killer goes after Sidney. A terrible deja vu.

Again, everyone who matters the most to her is eliminated, and at the theater stage – where she would star the leading lady role in a few days – the killers are revealed: her friend Mickey and her ex-future-mother-in-law, Mrs. Loomis.

Both of them met on a website about famous serial killers and Mrs. Loomis spent to finance Mickey´s studies at Windsor College. Mickey wants to be as famous as Bundy and other psychopaths. He plans a judicial circus and blames the movies for his criminal behaviors. Mrs. Loomis doesn’t buy that one and shots him several times, as soon as she has Sid on her sight.

But the vengeance of Billy’s mother goes uncomplished and she is killed by Cotton Weary – that saves the day, but charges Sid for an appearance on the Diane Sawyer´s along with him. He gains more: the status of hero.

Scream 3 – Sidney now lives alone in a house in the hills with her dog Cherokee. Her contact with the world outside is based basically on answer calls from a network to women in crisis and the occasional visits from her father.

Meanwhile, Hollywood produces the third part of the “Stab” movie franchise. The killings start again on the set, and the killer finds Sidney at her hideaway.  This makes her to come out of the isolation – directly to the line of fire.

Once there, she connects to Detective Mark Kincaid, Dewey and Gale.
It seems that the killer has more secrets to reveal about Maureen Prescott, since he’s leaving her pictures on the crime scenes. They discover that she was one of the starlets, back in the 70´s, of Sunrise Studios (firm that produces the “Stab” films), under the alias Rina Reynolds.

Later, at the mansion of the producer John Milton, Sidney once again confronts the killer, who is none other than the film director Roman Bridger, her unknown brother. He reveals to Sidney that at the time Maureen was in Hollywood, she was sexually used by several men and one of them was John Milton.

As a result of this, Maureen had a son, who she disowned due to her new and rebuilted life. Enraged, Roman Bridger began to investigate the life of their mother and discovered the treachery to Neil Prescott – including one with Hank Loomis. Bridger is the mastermind from the start. Was kind of a mentor to Billy Loomis.

After a bloody fight, Sid kills Roman. Supposedly the final. Sidney returns to her home where she apparently has an affair with Kincaid.

Scream 4 – Woodsboro has changed. Fifteen years after the first murders, now the town hosts several festivals that celebrate the events just like a Halloween party. Sidney, who released a book called “Out of the Darkness – The True Story of Survival”, is back in town to promote it, along with her ambitious assistant, Rebecca. It’s time for a meeting with her cousin Jill and more for more blood.

05/13/2022
Courteney Cox dishes on SCREAM 6
Courteney Cox praises the script and reveals not knowing if co-stars are on board – yet.

03/15/2022
Would Kristen Stewart give SCREAM 6 a shot?
The Oscar Nominee also talks about her love for Neve Campbell and what part she could have taken in a past sequel. 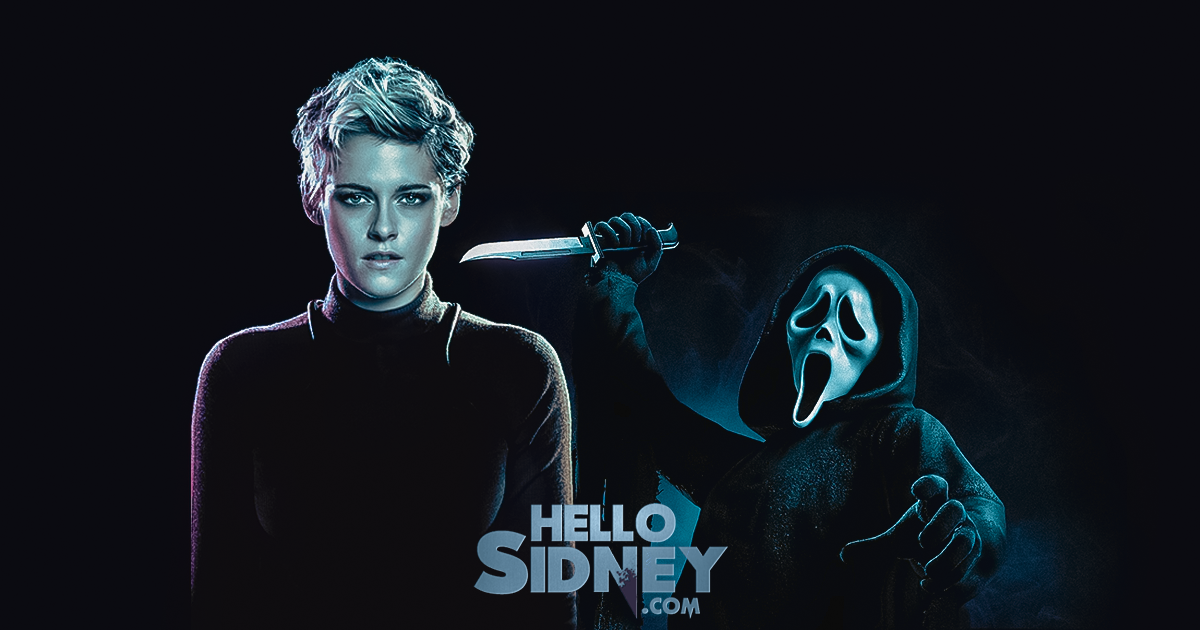 02/21/2022
Neve Campbell has high expectations for SCREAM 6
The queen speaks pre-production and who she would like to play the villain. 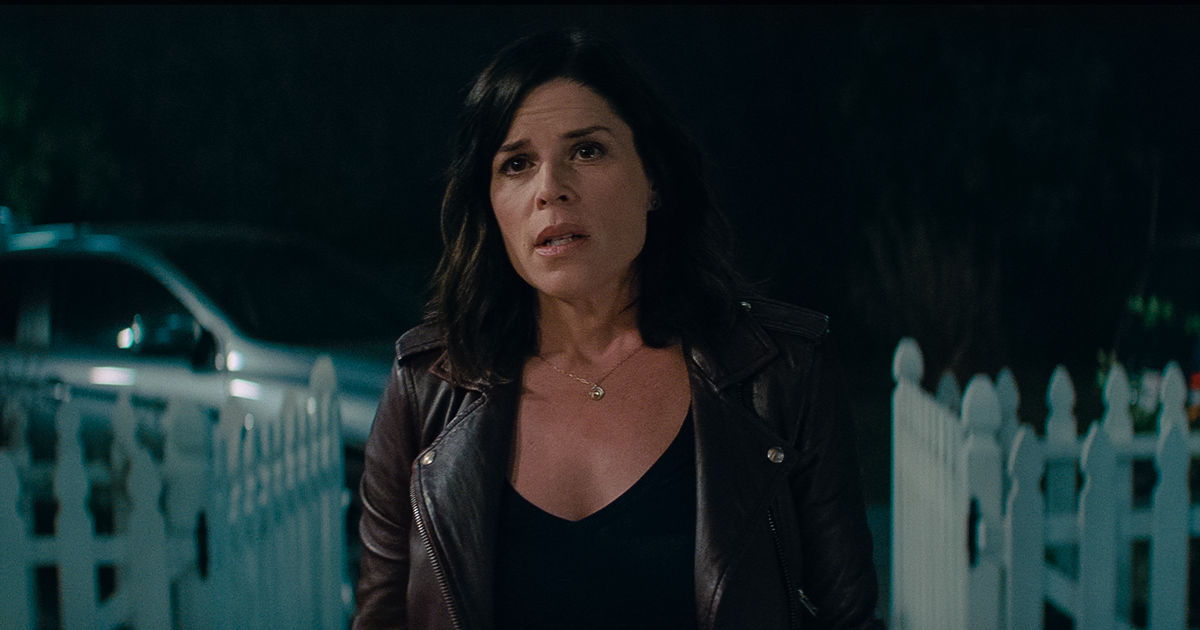