Origins, movie editions and where you can get yours.

Throughout history, masks have been part of the culture. Its uses are diverse. From religious purposes, through the theater to the transfiguration of identity or personality. Nowadays their use is more common during the Halloween festivities, and plays an important role in the arts, especially when it comes to the movies. Better yet – to the horror movies.

Object of desire of 10 out of 10 SCREAM fans, the Ghost Face® Mask is one of the most successful icons of the history of American cinema. Adam Rockoff compares Ghost Face® to Edward Munch´s “The Scream“ by saying that the mask is a “hyperbolic rendering” of the expressionist painting. This reference probably influenced the change of title of the film, which originally was “Scary Movie.“

“The ‘face’ is twisted in an exaggerated, almost mocking grin, as if reflecting the look of terror and surprise on his victims’ faces”, writes Rockoff in his book “Going to Pieces: The Rise and Fall of the Slasher Film“, that has a movie version that you can watch here.

Since it appeared in the film, the costume is the most wore and sold for the Halloween night in the USA.

The mask was created for the Halloween of 1991 by Fun World. There, they used to refer to it as “Peanut Eyed Ghost”. The design had references to the cover of the album “The Wall” by Pink Floyd, the Betty Boop cartoon and to the already cited “The Scream” painting.

That year’s collection was called “Fantastic Faces“, which was the version 1.0, used in the first SCREAM – along with the “KNB version“, a mask forged by the film production while a licensing agreement wasn’t reached between Fun World and Dimension Films.

“Wes Craven must have thought it had a unique look, too, because when he saw it scouting locations at the house of a mask collector (who had passed away) he was adamant about it being in the movie”, said the licensing director of Fun World, R.J. Torbert in an interview for The Scream Franchise Examiner.

Since the first movie, the mask mold and materials are in constant evolution. In SCREAM 2 the line was “Fearsome Faces“, in SCREAM 3 it was finally and properly baptized “Ghost Face®” and in SCREAM 4 we’ve got the “Deluxe Movie Edition Ghost Face®“.

If you want to learn more about those, there is a specialized website called GhostFace.co.uk by Tim Wagstaff. 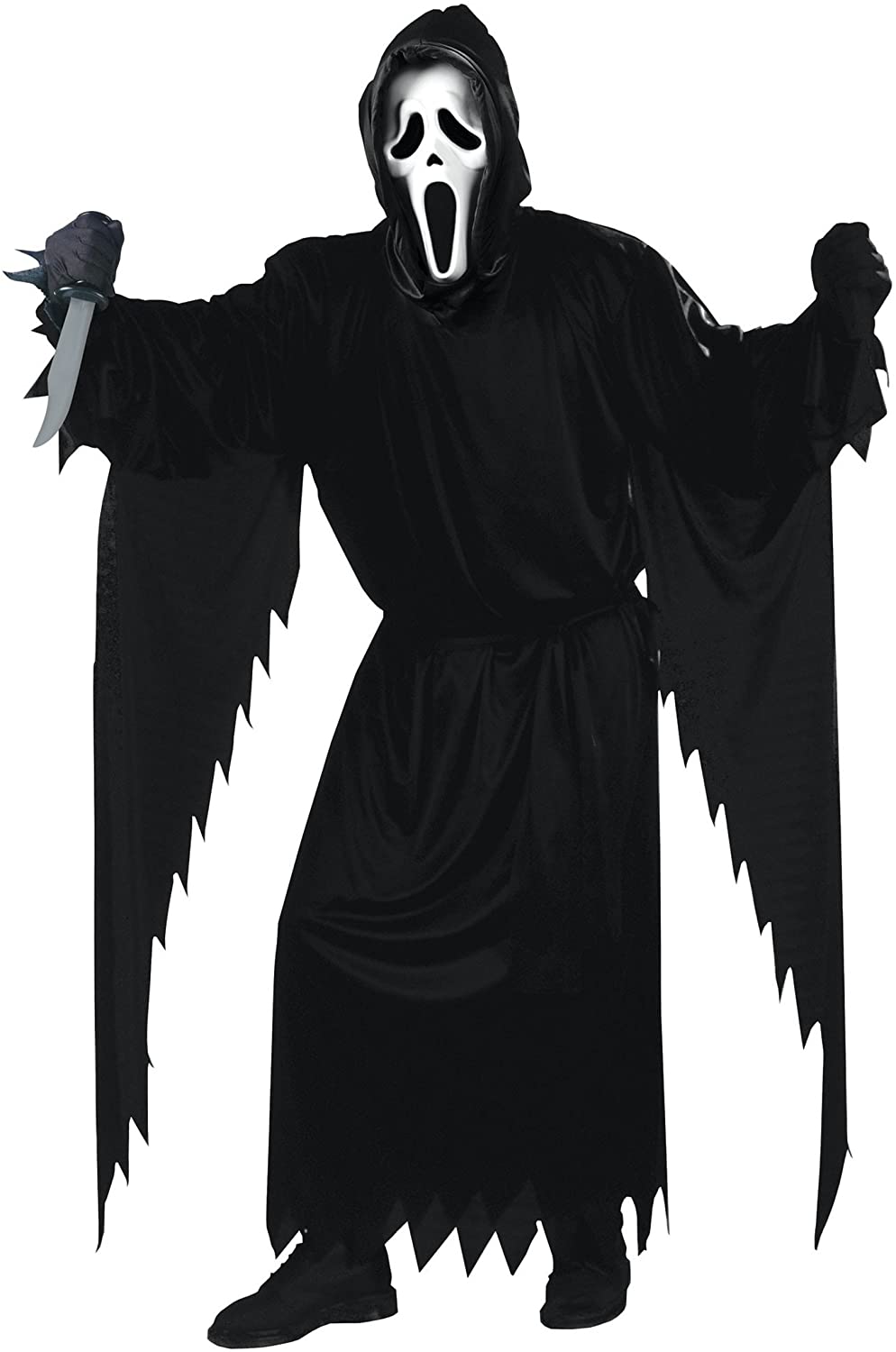 Where can I get my Ghost Face mask?

The classic version, called by the collectors “ultra white”, can be found for a very reasonable price in the next button:

Get my mask!
Máscara Ghost Face no Brasil

If you do own a store and want to sell the masks in it or are interested on licensing Ghost Face products, you can reach FUN WORLD company.

How to identify the version of my Ghost Face mask? 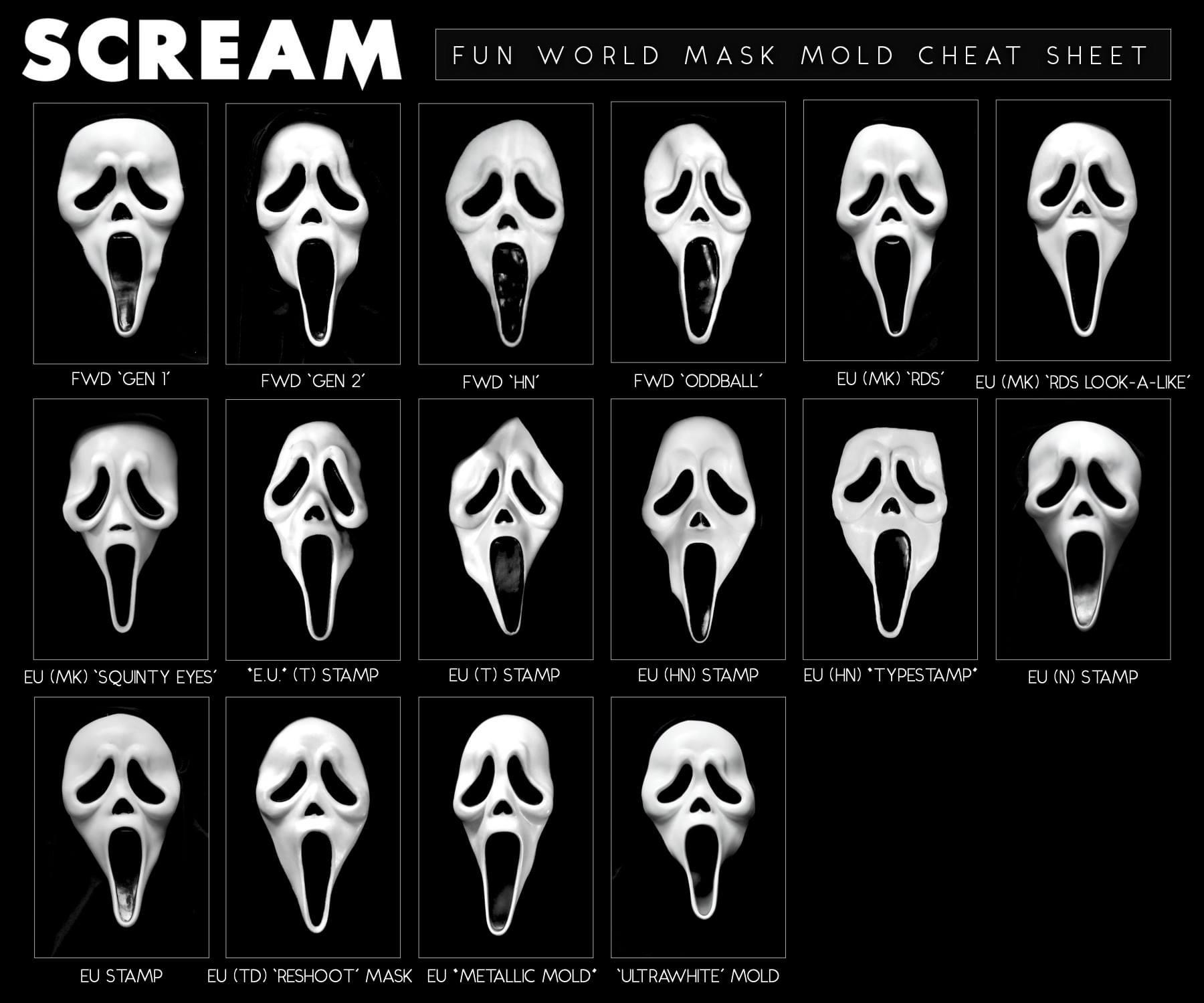 Here is a little mold sheet that can, maybe, help you to understand how many versions of the Ghost Face masks were commercialized over the years. Not even considering the variant themed types. This was saved from a post on this Facebook Community, from a comment from Wade Elibon.

10/11/2021
Screen used SCREAM mask for auction
Own a piece of history, currently receiving bids that will benefit the Brooke Jackman Foundation.

10/06/2021
Ghost Face makes surprise online cameos
Now there’s a Snapchat filter and a first look on the skin for ‘Call of Duty: Warzone’. 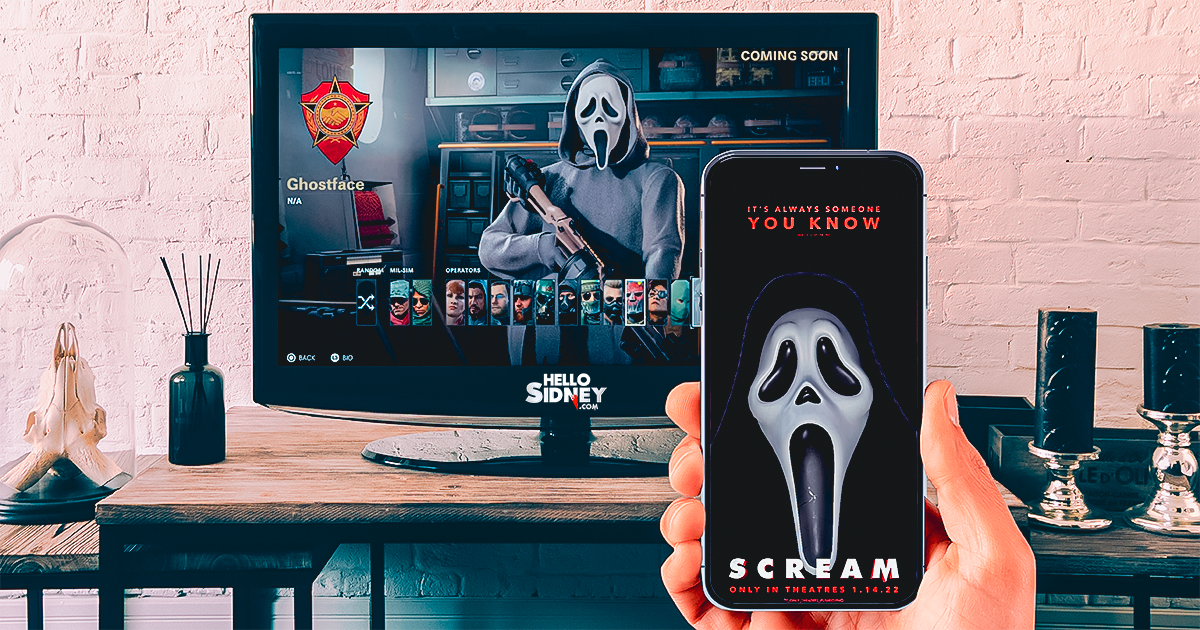 08/06/2021
SCREAM: Radio Silence discusses the cast, legacy and the pandemic
The final part of the interview with the filmmakers of SCREAM 5. 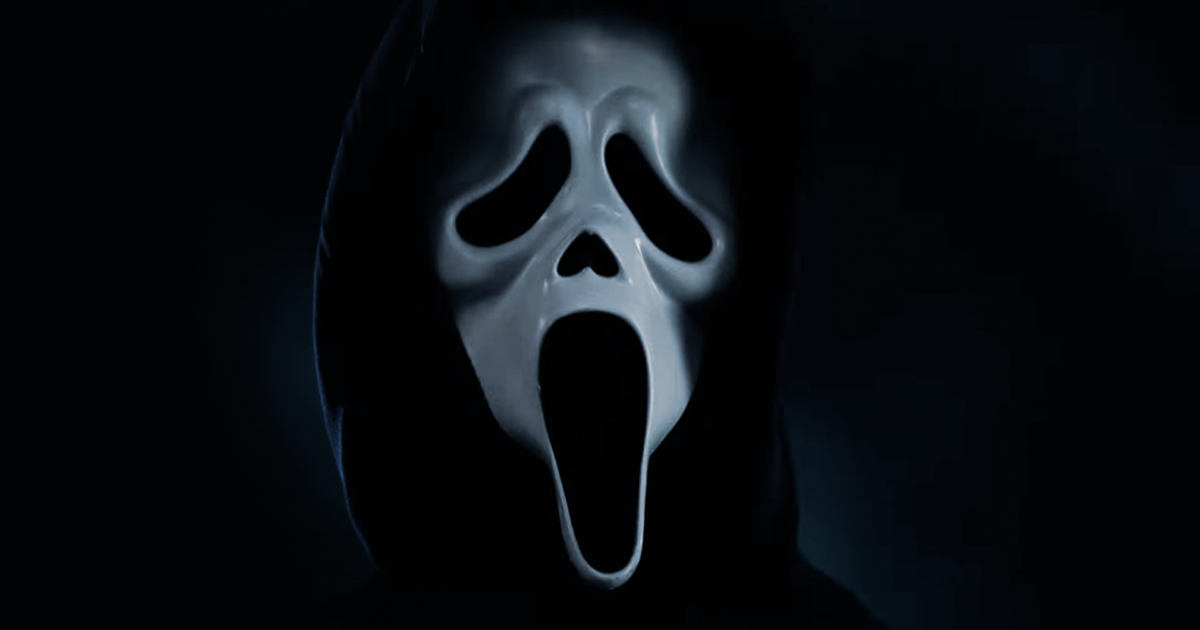