Hollywood, Los Angeles, California… A place where dreams… And nightmares do come true.

A virtual guide from the haunted places where SCREAM 3 was filmed. 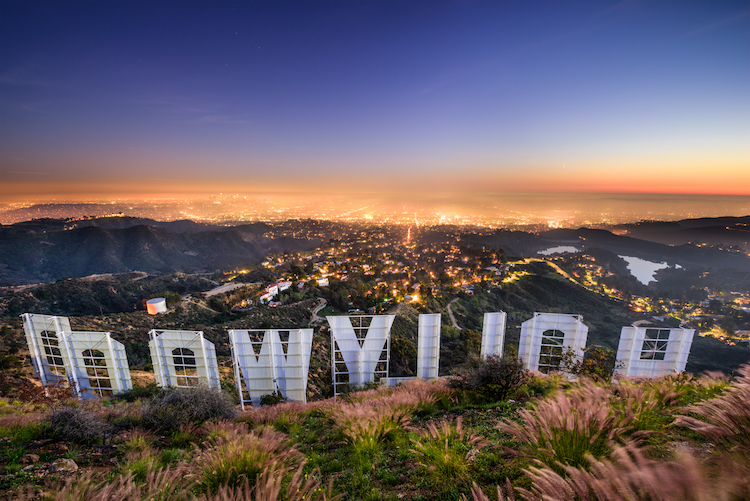 Built in 1923, it was part of an advertisement campaign that initially read Hollywoodland. It is one of the greatest symbols of cinema and one of the busiest tourist spot in the city of Los Angeles. The first image we see in SCREAM 3 was, on the first drafts, also a crime scene that mirrored both the first scene of SCREAM and also a real life tragedy – on the year of its inauguration an actress called Peg Entwistle jumped from the “H” letter.

On this early script, an actor called Ben Damon found his girlfriend, Christine, hanged on that place. Creepy!

Located in Griffith Park, southeast of Mount Lee and north of Mulholland Street. 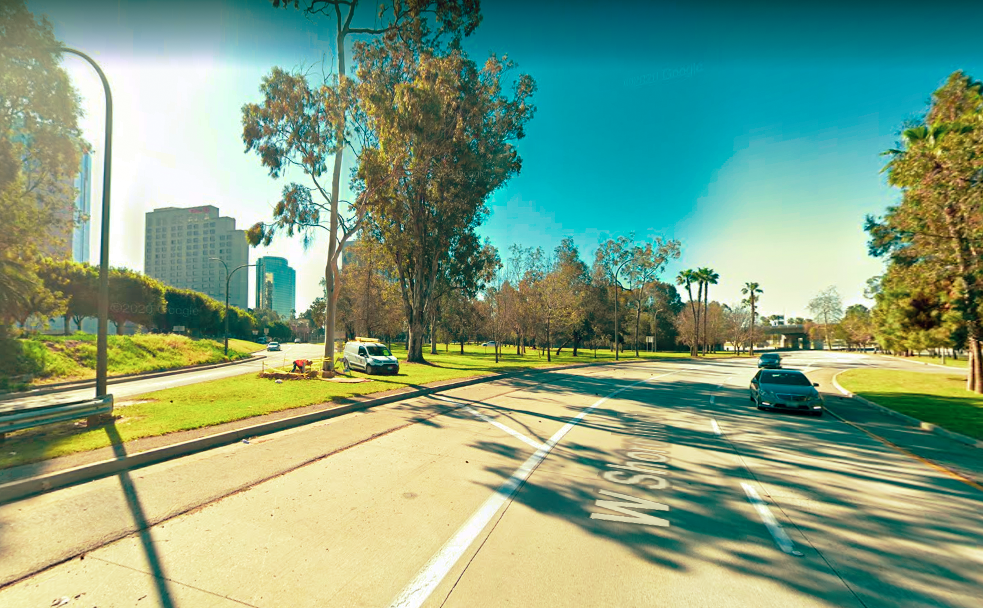 Then we find our first victim, Cotton Weary, stuck in traffic when he gets Ghost Face’s call. The filming took place on Shoreline Drive – not the freeway – in Long Beach, where Clueless (1995) was also filmed.

When he forces his way out of the traffic jam, Liev’s character actually goes into 101 Freeway “racing down the southbound Vine Street exit, to be exact, before making a right onto Vine, sailing past the Capital Records Building, and darting down Hollywood Boulevard“, according to I am Not a Stalker. 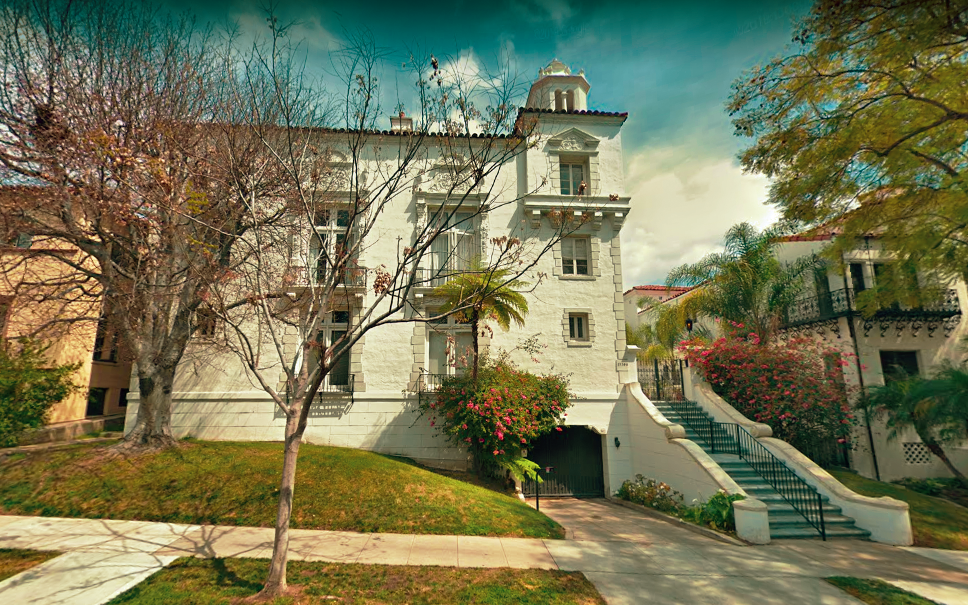 This Spanish baroque house is located in 1336 North Harper Avenue, West Hollywood. It was built for silent movie stars Norma Talmadge and Gilbert Roland in 1929.

Most of this scene was filmed in the actual location, but Cotton’s death was rewritten and his office was rebuilt on the CBS soundstage. 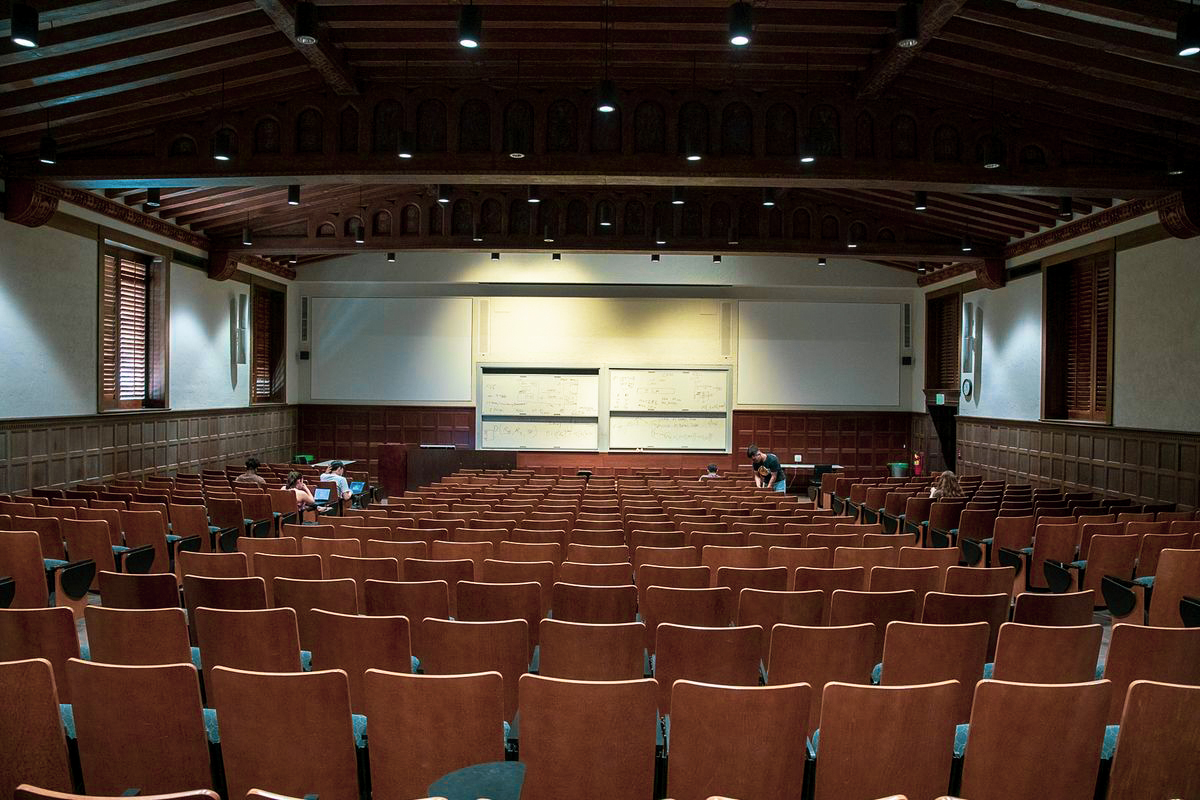 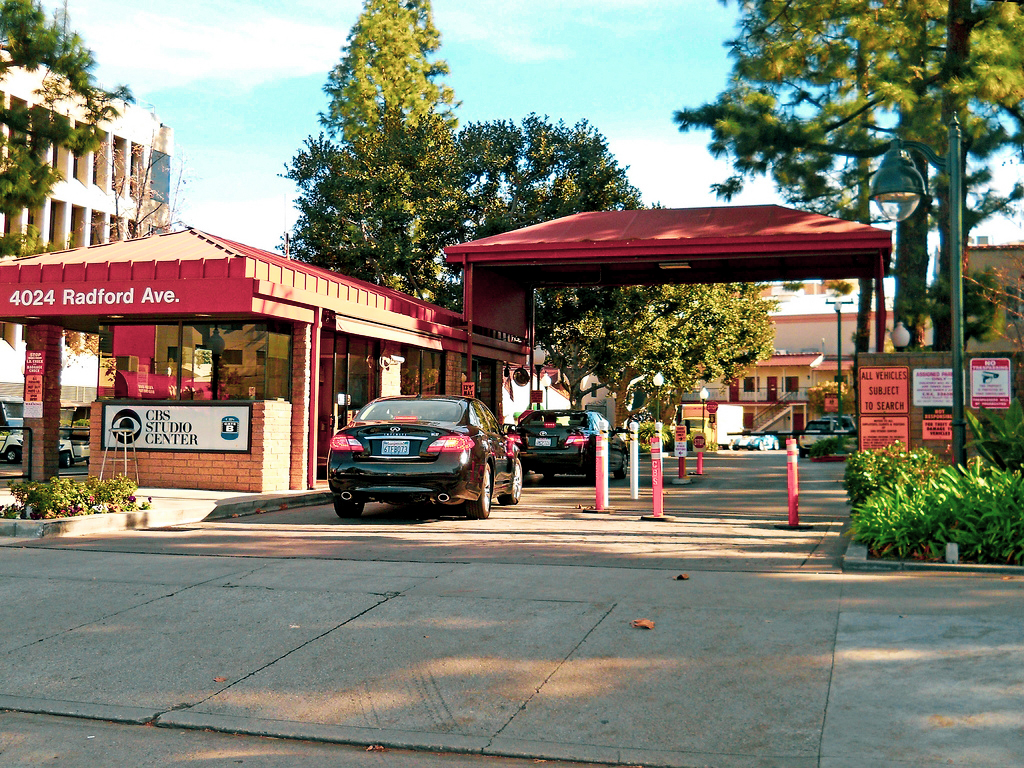 CBS Studio Center is a full service production facility with several sound stages – like the one used to rebuilt Woodsboro. 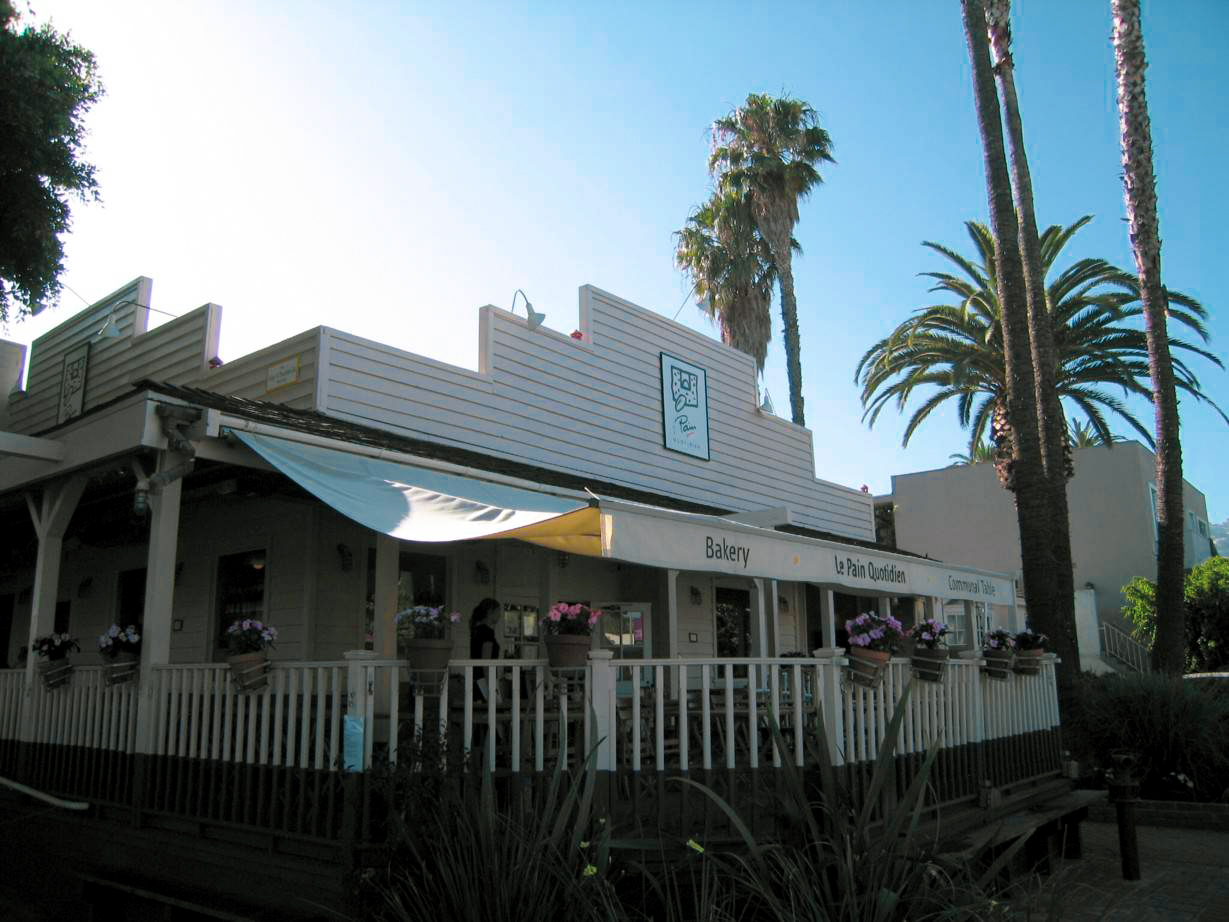 The little restaurant, that used to be called Replay Cafe when the filming took place, is at 8607 Melrose Avenue, West Hollywood. 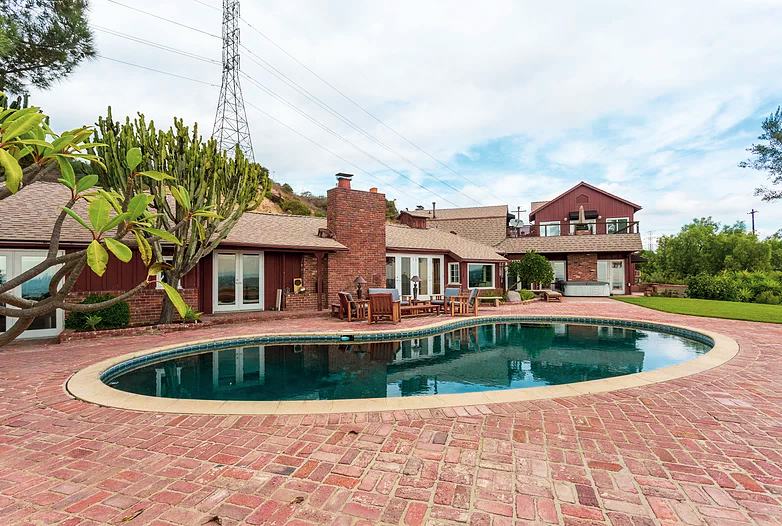 Jennifer’s house is a well-known movie and TV location called Runyon Ranch. It has a privileged view of Los Angeles that is used mostly for events. 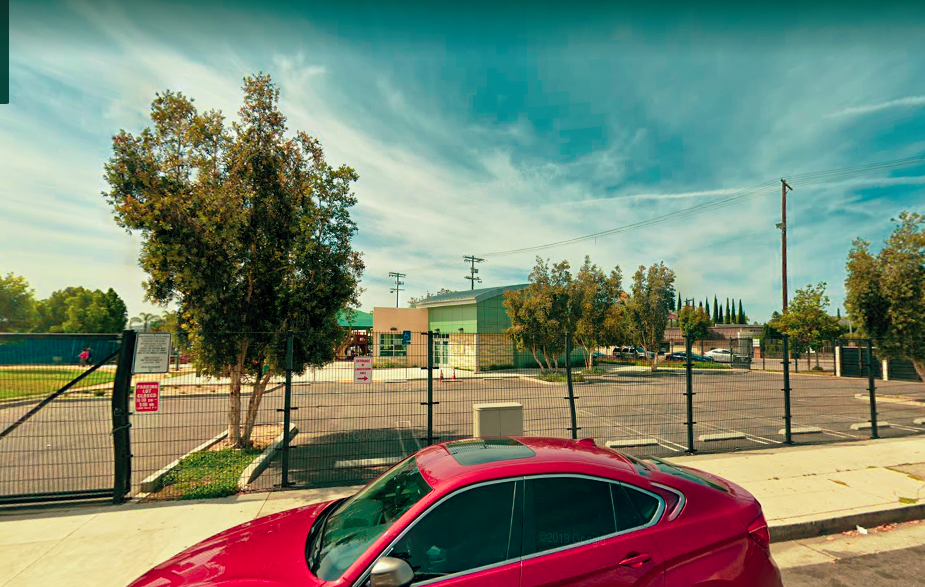 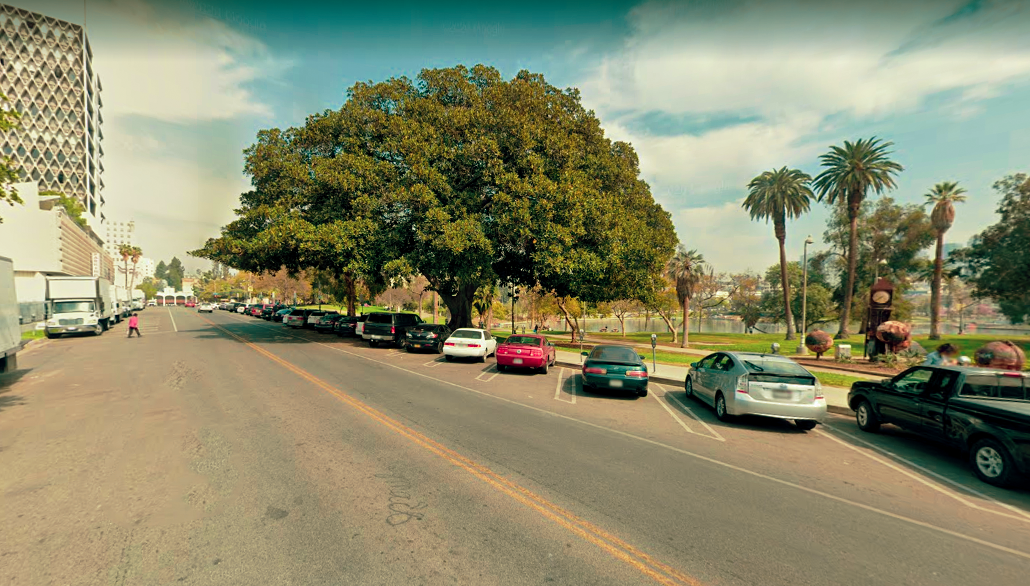 American Cement Building is right in front of MacArthur Park. 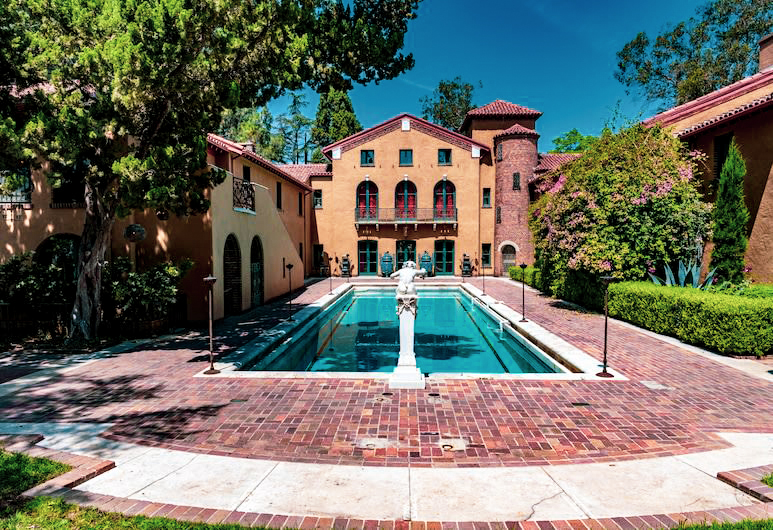 The Paramour Estate had various names through the years and it was the location for several productions like Halloween: H20 and The Neon Demon.

It was designed by Robert D. Farquhar in 1923 for silent film star Antonio Moreno and his wife, oil heiress Daisy Canfield Danziger. 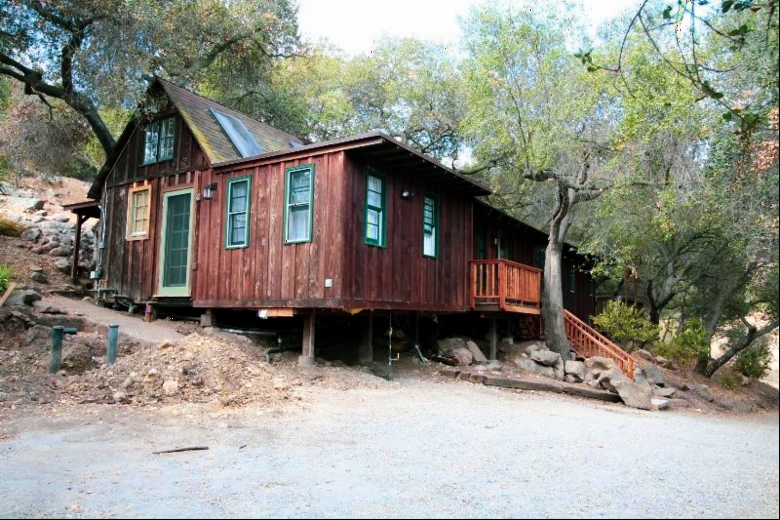 Windwalk Ranch is a very secluded property that cannot be reached, unless it is booked.

Scream 3
Everything about SCREAM 3 (2000), movie directed by Wes Craven and written by Ehren Krueger.

» Behind the Scenes Gallery
Rare behind the scenes gallery of SCREAM 3 (2000).

» Premiere and more
Gallery of photos of the cast of SCREAM 3 in events like the premiere, promotional appearances and awards.

» Vídeos
Videos, interviews, behind the scenes footage and documentaries of SCREAM 3 (2000).