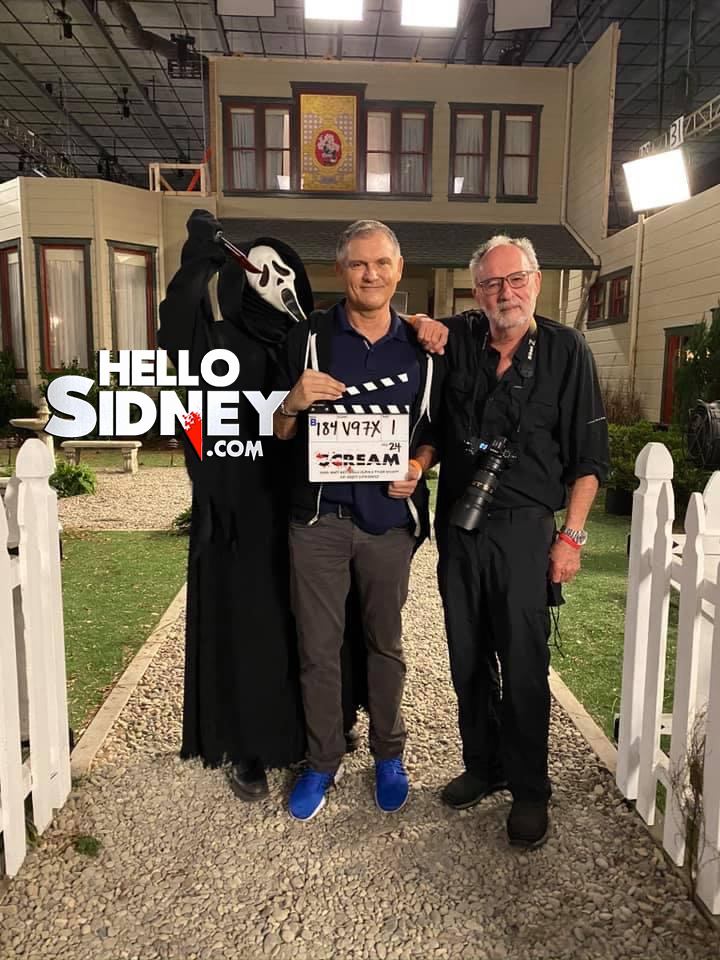 The image shows Ghost Face, Kevin Williamson and Harris in a new angle that blows the fourth wall of the filming on EUE Screen Gems Studios (check more of SCREAM 5 filming locations here) in Wilmington, North Carolina. They’ve built part of the Californian house in detail and the rest will be added by CGI and matte painting in post production.

The house was previously been revealed when Williamson announced the official title and the interior was recognizable on footage for CCXP.

Let’s carry on the conversation to the social network of your preference:

Sleep Pants – GhostFace Pattern Scream
Menu
This website uses cookies to improve your experience. If you continue to use this site, you agree with it.
Ok