It all begin with a photo on Patrick Lussier‘s IG. The label “SCREAM: Alternative Killer Voice” kinda got our attention. 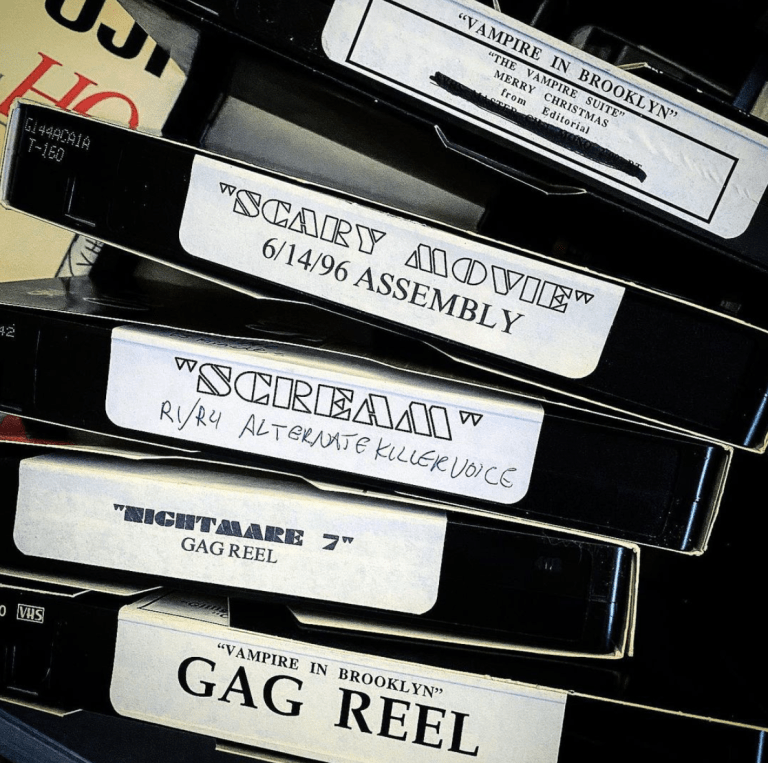 But the digging was Bloody Disgusting‘s work, that interviewed SCREAM‘s 1-3 Editor:

“Near the lock of the cut Wes wanted to make sure we had the right choice for the voice (Roger Jackson) as we’d been listening to it during production and the cut,” Lussier explained to us. “Tom Kane, a buddy of mine who has done voice overs for Star Wars: Clone Wars, games, Powerpuff Girls, etc, did an ADR session doing an alternative performance for the whole film. It’s good yet different than Roger’s. We played the scenes back to back and quickly realized that we had the right choice with Roger. Wes felt there was something ‘sneakier’ in Roger’s voice and performance. Roger had recorded his tracks on set as the phone calls were done live to actors. The actors reactions didn’t feel the same to any other voice but Roger’s.”

“That said, I believe there are a couple of Tom’s tracks in the final, more vocal effects than lines of dialogue. I believe it’s Tom’s breaths in the school bathroom scene as well as some efforts added to Roger’s. Roger and Tom have worked together doing voice overs in the past and I know Tom was thrilled that Roger’s voice won the day.”

Listen to an interview with Kane right bellow. There is a moment where you can figure how it would be: