While promoting her new scary movie, Relic, Emily Mortimer, got all nostalgic about her cinematic roots in America and went back to where it all begun – to Angelina Tyler, Scream 3 and Wes Craven.

“I did this audition and I got the job and it was Wes Craven, and I do really have him to thank. Because that was before Lovely and Amazing actually, and I wouldn’t have got Lovely and Amazing, I’m sure, if it hadn’t been for the fact that I’d already been in a movie and done an American accent; you know what I mean?”, she told Perri Nemirrof from Collider. 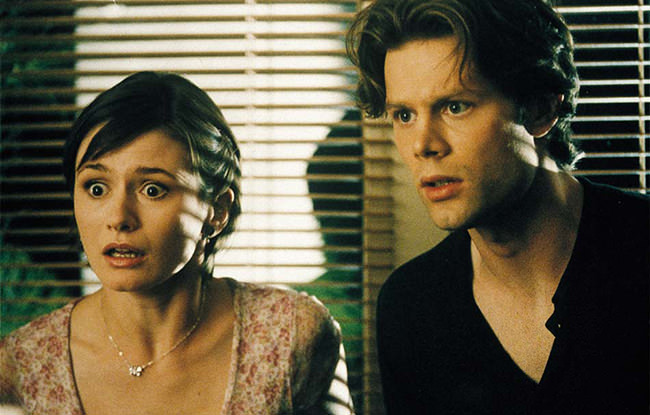 “He was a real advocate of mine and I loved working with him. I just think he was the most gentle, intelligent, quiet, softly spoken guy, but with just such a great humor and intelligence, and such a kind person and he really sort of took to me for some reason. After I worked with him on that, I then did a Paris, je t’aime – you know they did the New York, I Love You and Paris, je t’aime, [series of] shorts all put together and all these kind of filmmakers could make little shorts set in Paris and it was the first one, and he chose me for that. And I did this little short with him and then filmmakers were approached and asked to dress up their kind of muses, or whatever, I don’t know, as famous movie stars and he chose me and dressed me up as Audrey Hepburn for The New York Times.”

Want more? Watch an EW interview where she reveals thinking that her character was the killer: