This week has been a fun one for SCREAM fans like me that enjoy seeing or reading their favorite artists speaking about the most recent work without having to retain themselves about spoilers. So, I was anxious to learn what Neve Campbell had to add to this chapter.

The excerpts belong to an interview in The Hollywood Reporter by Brian Davids and another one on Variety from Mark Malkin.

After 25 years and entering in character four times since the first, it is curious to understand the process of the actor to fill those shoes again. And Sidney is to Neve what the crystal shoes are to Cinderella.

“I don’t need to rewatch the films. I know them well enough and I certainly know Sidney well enough. There’s always a little bit of yourself, and the fact that Sidney is a mother now, it was nice to bring that to her. It was another level of ferociousness for Sidney.”

According to what lots of actors spoke about the creation of these characters to film, directors Matt Bettinelli-Olpin and Tyler Gillett gave them the freedom to even ad-lib themselves into the film. That leads us to one of the most quotable lines of the new one: “I’m Sidney fucking Prescott. Of course I have a gun.” 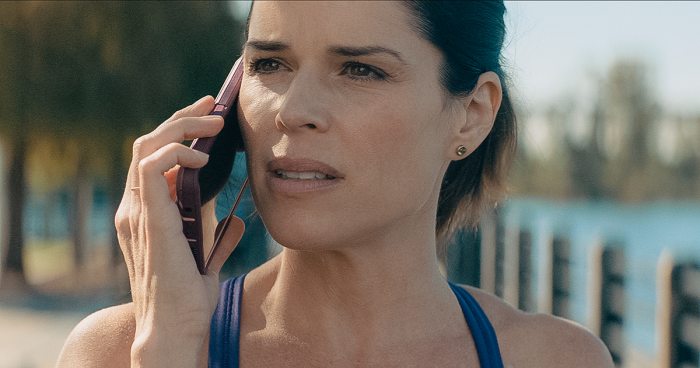 “That was not in the script. The version that I had read, Dewey does ask, “Do you have a gun?” And I say, “Yes.” And then he carries on with something else. But I thought that’s not enough because, of course, she would have one. I remember writing that line.”

That doesn’t mean Neve has complete knowledge of the entire book of references, trivia, and easter eggs of the history of the character – including that Sid was married to Patrick Dempsey‘s character, Mark Kincaid.

“To be honest, I didn’t even realize it. (Laughs.) I’m being really honest. Yeah, Courteney [Cox] told me the other day; she was like, ‘No, Mark!’ And I was like, ‘Oh my god, of course!’ (Laughs.) I just knew I was happily married and had children, but for some reason, I didn’t put two and two together.”

Curiosities surely made for the fans to be completely soaked in nostalgia. But even Neve couldn’t escape being hit hard by that:

“There’s an ode to Wes [Craven] in it. Walking onto that set without Wes being present, with a sign hanging across the kitchen that said ‘For Wes,’ I burst into tears when I walked in on the first day. And from what I understand, Courteney and David [Arquette] did as well. I certainly felt his absence, but I also felt his presence daily on the film. These movies, these characters, the images of Ghostface and these sets all belong to Wes.”

So, saying goodbye to Arquette’s character, one of the most Wes-like of the legacy, must have been hard:

“I was devastated. I still have trouble wrapping my head around it. I still question whether it was the right choice, because from what I’m hearing, there are a lot of fans who are really upset.”

Even during filming, there was an attempt of pulling that last-minute resurrection card that was used so many times.

“Courteney had tried to tell the directors to shoot it both ways to give themselves the option because Wes would do that sometimes when there were certain characters that were so beloved.” 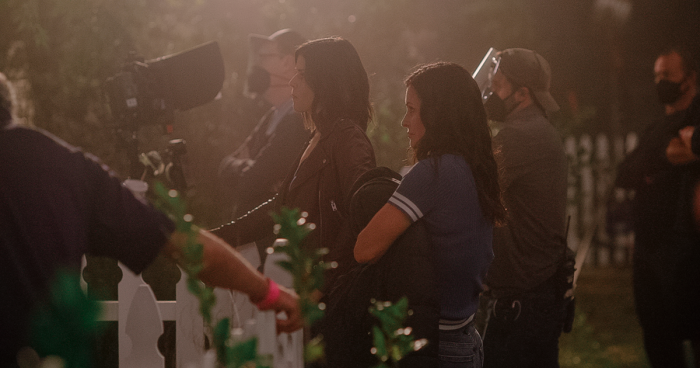 SCREAM is a success between critics, audiences, and the box offices, which will possibly spawn a new sequel. Hopefully very soon. And, when it’s about SCREAM and Neve Campbell, there’s always the question: Would she be back?

“Yeah, absolutely. It’s down to the strength of the story. I wouldn’t want to do it unless the script is good. It would be hard. (Laughs.) But these guys did really well on this one, so I’m curious to see what would come next. So we’ll see.”

But Neve has some considerations about what she wouldn’t be comfortable with:

“She does represent a certain amount of strength and lack of victimhood, and that means a great deal to people. I’ve had a lot of people come up to me in the past and just say that she inspired them in some way or helped them in their lives in some way, which is not what you normally expect when you’re performing in a horror film. (Laughs.) But it means a lot to people, and you’re probably not the only person who feels that way. I certainly would hate to see Sidney fall. I think it would be the wrong message.”

Ghost Face Costume: Bleeding Zombie Mask (Child Standard)
Menu
This website uses cookies to improve your experience. If you continue to use this site, you agree with it.
Ok